My project is an intellectual history of the Conservative Revolution, a diffuse movement of European radical conservatives and anti-capitalists, active roughly from the neo-romantic (or völkisch) revival of the mid-nineteenth century to the 1960s. I treat the movement as a pan-European network of fellow travellers (including figures like Martin Heidegger, Carl Schmitt, Ernst Jünger, and Julius Evola), with Germany at its spiritual centre, but radiating outward to other countries in search of alternatives to liberal capitalism and Marxist socialism (a “third position”). Unlike most studies of the Conservative Revolution I argue that the movement was not a fortuitous assemblage of “romantic” tropes and metaphors, but possessed a coherent worldview at its core. Also unlike most studies, I consider peripheral figures like Max Weber to have played a central role in working out the metaphysical and epistemological premises of the movement. Once these premises are understood, a distinct morphology of radical conservative discourse appears—one that provided, and continues to provide, organic intellectuals to fascist projects of national renewal. I conclude by demonstrating the philosophical and genealogical continues between the Conservative Revolution and the European New Right. 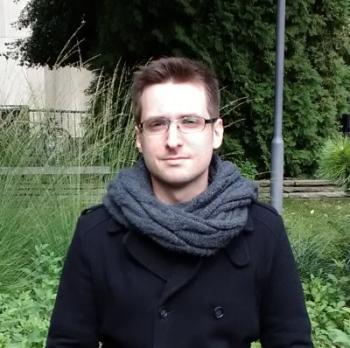 Brandon Deadman is a PhD candidate in the History department at the University of Chicago. His research focuses on the epistemological and metaphysical discourses of fascism and other “revolutionary conservative” ideologies, and more broadly on critiques of the philosophical foundations of modernity.