Narrowing the Channel: The Politics of Regulatory Protection in International Trade 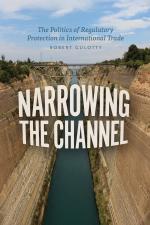 Over the past few decades, great strides have been made in forums like the World Trade Organization to increase international commercial cooperation by lowering tariffs. However, little has been done to address non-tariff barriers to trade. Robert Gulotty’s book manuscript, Narrowing the Channel, explores the persistence of regulatory barriers to trade in the international system. Based on quantitative and qualitative analyses of trade negotiations in the United States and the European Union, Professor Gulotty shows that large multinational corporations benefit from regulatory barriers because regulations raise production costs, preventing smaller firms from entering international markets. This book demonstrates that international economic integration can actually lead to less, rather than more, economic cooperation as firms compete for market share.

Narrowing the Channel was published by The University of Chicago Press Books in January 2020.

Worldmaking after Empire: The Rise and Fall of Self-Determination 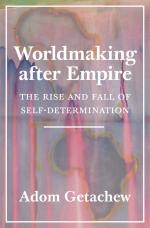 In her book manuscript, Worldmaking after Empire, Adom Getachew traces the struggles of anticolonial nationalists like Eric Williams, Kwame Nkrumah, Julius Nyerere, and Michael Manley to redefine the principle of ‘self-determination’ at the height of decolonization. To end their dependence on their former colonizers and upend the racial hierarchy, these leaders attempted to change international law while forming regional federations to strengthen their demands for an egalitarian global economy. Offering a rich alternative history of anticolonial and nationalist political thought, Getachew's book shows that creating an independent nation-state is but one element of a more expansive vision of self-determination.

Worldmaking After Empire: The Rise and Fall of Self-Determination was published by Princeton University Press in April 2020.

Motivation's Apprentices: Science, Spirit, and the Scaling of American Enterprise

In Motivation’s Apprentices, E. Summerson Carr documents the growth of a behavioral therapy known as Motivational Interviewing and its spread beyond American borders. Professor Carr’s examination of training materials, interviews, and recordings collected over five years of ethnographic field work reveals that Motivational Interviewing is presented as a universal and scientific method of changing individual behavior, yet is imbued with distinctly American ideological values. Practitioners of Motivational Interviewing have a quasi-religious commitment to the therapy that springs from its foundation in ideals of Democracy, Protestantism, and Pragmatism.