CISSR welcomes the newest members of its scholarly community as the 2020-2021 Faculty Fellows. Faculty from across the range of social sciences, including political science, sociology, and anthropology are among the recipients of this round of competitive awards.

These projects encompass exciting new research from across the globe and address a diverse set of topics, including an articulation of an agenda for the sociology of corruption and  framing debates within this new field of study and a new, systematic way of measuring secrecy trends in international relations through an analysis of the President’s Daily Brief between 1961-1977.

Additionally, several projects by prior Fellows were renewed this year, including research by Michael Albertus (Political Science), Boaz Keysar (Psychology), and Monika Nalepa (Political Science). These renewal awards will support recipients in new phases of their work. 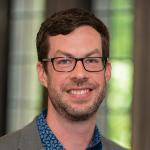 Austin Carson (Political Science)
A View from the Oval Office: Insights from the President’s Daily Brief 1961-1977

Austin Carson’s President's Daily Brief (PDB) Project is systematically coding and analyzing a unique corpus of top secret --but now declassified --daily intelligence summaries delivered to four US presidents over seventeen years. The project will also provide a new, systematic way of measuring secrecy trends in international relations. His research and the PDB Project will produce several datasets and provide a critical resource for scholars interested in a broad range of topics relating to foreign policy and leadership in international relations. 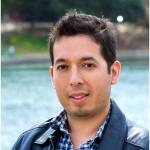 Within  the  last  five  years,  researchers  have  uncovered  vast  evidence  of  significant  skin-color-based inequalities in Mexico. However, it is  still  not  clear  what factors  are  producing  these  inequalities. Rene Flores’ quantitative research project aims to illuminate the social mechanisms that produce these color-based inequalities in contemporary Mexico. The results of the study will contribute  to the sociological  understanding  of  how racial  cues  produce  and  reproduce inequality. The research will also identify  the  precise  mechanisms  that  produce  these  skin color gaps, which could inform public policies designed to ameliorate racial inequality. 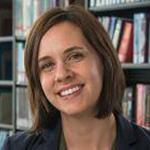 Angela García is exploring the wide-ranging effects of long-term separation on aging parents left behind in Mexico by their adult children who have permanently settled without authorized immigration status in the US. Angela Garcia’s research project will analyze how the parents of undocumented Mexican immigrants practically deal with the constraints of legal status, family separation, and waiting as they navigate their relationship with the state. She will draw on interviews, ethnographic observations, and administrative data collected in Mexico to examine the effects of “enduring illegality” in relation to theories of time and state power, including the ways transnational families navigate state control. 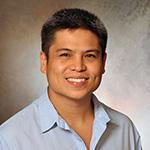 Marco Garrido (Sociology)
Groundwork for a Sociology of Corruption 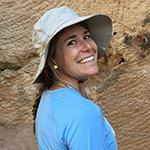 The ancient city of Petra in Jordan is rightly known for its spectacular funerary architecture and long-distance trade connections. But its inhabitants’ capacity to live in extreme environments was just as important for the city’s success. Sarah Newman is investigating the history of human-landscape interactions that made agriculture possible in the semi-arid deserts around Petra. By studying the construction, use, repair, and collapse of ancient terrace walls and dams in a single watershed north of the city, Newman’s research project will bring new comparative and anthropological questions to the region. Her research builds upon ongoing discussions around ancient landscape modification, both in historically related territories and through cross-cultural comparisons. 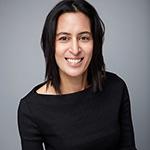 Sabina Shaikh studies the process of “late late urbanization” in Phnom Penh and the environmental factors driving people to migrate including climate change, agro-industrial development, deforestation, and dam construction. Her current project aims to help scholars understand how rural migrants make their place in the city by investigating how they use and navigate urban space and the distinctly urban relations they form. This research aims to produce a deeper understanding of the lived experience of migrants and a better account of their transformation from villagers to urbanites using traditional and distributed ethnography to develop narrative-based landscapes. 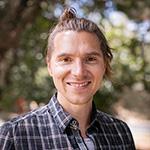 Democracy in many countries around the globe is facing its most serious challenge in decades. Elected leaders in countries such as Brazil, the Philippines, and even the United States are publicly and prominently challenging many longstanding core tenets of democracy showing what is called “democratic erosion.” Michael Albertus’s research envisions fielding experiments in six countries around the globe in order to shed light on how citizen opinions, beliefs, and behaviors may differ according to the degree of erosion. The project aims to help scholars and policymakers understand the snowballing trend in democratic erosion around the world. 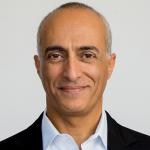 Negotiation is central to human interaction as it is an important tool to discover mutual interests and mediate conflicting positions. And increasingly in a globalized economy, governments, corporations, and individuals need to negotiate cross-nationally for reasons such as diplomacy, peacekeeping operations, relief missions and business deals. Boaz Keysar is exploring how the role of language can affect the negotiation process and outcome. He plans to conduct negotiation simulations in Europe to measure the level of success of negotiation organized by language choice. 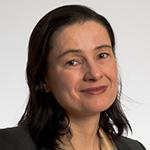