The unequal treaties signed between China and the Western powers after the Opium War established extraterritoriality, a legal regime which granted Westerners who committed a crime in China the privilege of being tried under the law of his or her homeland. Existing scholarship on extraterritoriality has focused solely on the de jure level of this institution and its impact on the foreign community per se. Motivated by this top-down interest, scholars exclusively chose to study well-established coastal treaty ports with strong foreign presence such as Shanghai. The result is often a teleological narrative of how Western powers imposed an alien colonial institution on China. In contrast, my project turns to Sichuan, Qing China’s internal frontier, and studies extraterritoriality from a bottom-up local perspective. Using grassroots legal records, I seek to highlight the de facto practice of exterritoriality by examining local society’s responses to Westerners’ extraterritorial legal privileges. On this new ground, I shall reveal that, at the grassroots level, extraterritoriality was as much a process of negotiation as a matter of stipulated legal codes. It is a negotiation in a sense that both Chinese and Westerners participated in the making and remaking of a hybrid judicial order. 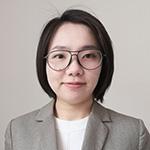 Yuan Tian is a PhD candidate in the department of history. She obtained her BA from the University of Hong Kong and her MA from Stanford University. Her research concerns grassroots-level Sino-Western interactions in the realms of law, religion, and commerce in late nineteenth and early twentieth century China. She is currently writing a dissertation about the impact of Westerners’ legal extraterritorial privileges on local society in Qing China’s southwest frontier. The project seeks to highlight the considerable repercussions of extraterritoriality on the lives of grassroots Chinese who lived outside major coastal ports. Her research has been supported by grants from the American Council of Learned Societies, the Association of Asian Studies, the Nicholson Center for British Studies, and the Center for East Asian Studies.