“From Weimar to Vietnam: German Émigrés in America, the Fall of Nazi Germany, and the Rise of the Cold War”

My dissertation focuses on the influence of German émigrés, educated in the Weimar Republic, over the American fight against Nazism in the 1940s and over the rise of Cold War politics in the 1950s and 1960s. Many of these émigrés were lawyers and political scientists, who built upon a particularly German understanding of law and society.  In Germany during the Weimar Republic from 1919 to 1933, this analysis of law and society was known as Staatsrechtswissenschaft, meaning “theory of the law of the state.”  After Hitler’s rise to power forced these German émigrés to resettle in the United States, they continued developing their state law theories in America as members of the Office of Strategic Service and the Nuremberg Trial prosecution team. My research will use German archival sources to explore the theories of Staatsrechtswissenschaft developed by these thinkers before their emigration. It will also explore the writings of some of the émigrés who returned to Germany after the end of World War II.  This will explain how the Cold War ideas developed by these émigrés regarding law and politics evolved because of their experiences in America. 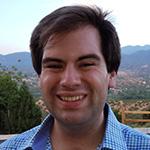 Thomas Snyder is a Ph.D. candidate in the History Department.  He also holds an M.A. in History from the University of Chicago, a J.D. from Harvard Law School, and an A.B. from Harvard University.  In 2019, he was admitted as an attorney to the New York State Bar.  He has published research on the history of privacy rights in Germany, attorney-client confidentiality, and has a forthcoming article on the use of warrants in automobile searches under the U.S. Fourth Amendment.  His current research focuses on German and American intellectual history and legal history during World War II and the Cold War.