“Reversal of Fortune: The Rise and Fall of Chinese Professional Basketball Clubs” 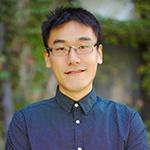 Teng Ge is a PhD student in Sociology Department at the University of Chicago. His research interests include mainly the state-market relationship in contemporary China with a special focus on the Chinese professional sports system. Teng earned his M.S from the U.K., and his B.A from the U.S. and China. Born and raised in an athletic family in China, he used to be a basketball player before he went to college.