As cities in the Global South have grown in size, relative population, and density, so too have the number of individuals living in informal urban settlements (“slums”) therein. This pattern has been especially pronounced in primary, capital cities, which represent the political, economic, and social centers of many modern states. Consequently, questions of urban inequality, housing informality, and spatial segregation in capital cities lie at the critical intersection of local and national politics. This project seeks to unpack the ways national and urban politics interact in setting policies towards slums and slum dwellers, which vary to a great extent across both space and time; these policies range from coercive demolition to neglect, relocation, formalization, and upgrading. Using a combination of secondary materials, policy documents, historical city plans, and geospatial data, this project will explore the drivers of such policies in a selection of Latin American cities in an attempt to exploit variation in the autonomy of capital city mayors, the relative (de)centralization of urban politics, and changes in regime type over time. It will then seek to probe the generalizability of findings to other Latin America cases and to a selection of countries outside the region. 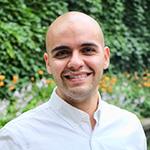 Noah Schouela is a PhD student in Political Science studying comparative politics and quantitative methods. He is interested in questions of urban governance, inequality, redistribution, and political violence. More specifically, his research seeks to explore the intersection of national and local-level politics in the governance and spatial organization of major urban centers. Methodologically, he is particularly interested in the role that spatial analysis and statistics can play in helping political scientists explore the geographic dimensions of questions of democracy, development, and conflict. Prior to starting his PhD, Noah earned an MA in the Committee on International Relations at the University of Chicago, where he held a fellowship in his second year, and a BA in Economics and Peace, Conflict, and Justice Studies from the University of Toronto.