“The Social Work of the Turkish Public Fatwa Service: Space, Bureaucracy, and the State”

This project examines how fatwa is positioned as public aid through bureaucratic practices and logics in contemporary Turkish society, and how the secular regime is negotiated and narrated through the bureaucratic engineering of religious practices. In contemporary Turkey, a bureau called the Directorate of Religious Affairs (Diyanet İşleri Başkanlığı) exerts exclusive power to publish fatwas, a genre of Islamic advice, to its subjects. This project focuses on the historical expansion of the Directorate and the fatwa service as its core function. Based on historical documents that show the expansion of the Directorate since the 1940s, I study how the boundaries between the “social” and the “religious” are renegotiated through the spatial arrangement of public fatwa service. I ask how the expansion has justified the bureaucratic intervention of the secular state in particular domains of life in previously unavailable ways. In my ethnographic research, I examine the bureaucratized state fatwa practices offered in three types of “social” spaces since 2010: the family guidance bureau, women’s shelters, and the online fatwa database. Observing to what extent the everyday fatwa practices, which guide individuals on how to act as a good Muslim under various difficult circumstances, are supervised and managed by the central bureau, I inquire the social implications of fatwa when it is mediated by a bureau under an ostensibly secular state. 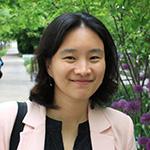