“Producing ‘Indigenous Knowledge’ through ‘Fieldwork:’ The Proliferation of Field-Scientific Knowledge through the Global Conservation Movement”

This project examines how the ethnic groups of southwest China produce “indigenous knowledge” through practicing “fieldwork.” Since the rising awareness of the global environmental crisis, the “indigenous knowledges” of autochthonous communities have been recast as traditional cultural repositories of value developed over time to sustainably cope with the communities' ecological surroundings, and therefore as fundamental objects of ecological conservation. It is at this intersection between the discourses of "culture" and "ecology" that the practice of documenting cultural knowledge through conducting fieldwork became a national hobby among the ethnic minorities of southwest China, the country's most culturally and ecologically diverse region. Often promoted by conservation NGOs and governmental conservation efforts, the practitioners of “fieldwork” narrate how they realized the value of their traditional cultures as elaborate systems of ecological conservation through conducting fieldwork at home. I propose an ethnographic study of the people’s fieldwork practices and their relationship to the use of field-scientific knowledge in conservation NGOs. I further trace the intimacy between conservation and field-sciences to southwest China’s history of being the iconic field-site of field-scientific research since the 19th century. Ultimately, I aim to understand the process through which “fieldwork” proliferates across a society through the global conservation movement. 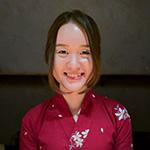 Jiyea Hong is a PhD student in the Department of Anthropology. Her research focuses on the dissemination of fieldwork practice and epistemology, and the work of global conservation movement in such dissemination, in southwest China. She previously obtained an MA in the Social Sciences from the University of Chicago, an MA in Sociology from Peking University, China, and a BA in Sociology and Cultural Studies from Ewha Womans University, South Korea. She has carried out ethnographic fieldwork in southwest China since 2011.