“Under the Shadow of Precedent: Justifying Recognition of Statehood”

What determines the justification strategy used in the recognition decisions by third-party states? While legal scholars have often grappled with this phenomenon on a case by case basis, political scientists have only just started to theorize about international recognition and the political consequences of setting a precedent. For both recognition and non-recognition decisions, the variation in the rhetoric can be either cost-benefit or rights-based in nature. I argue that the rhetoric will vary if the recognizing state is vulnerable to domestic secession and based on its geopolitical alignments. If a recognizing state faces domestic or international pressures to avoid setting a dangerous precedent, they are more likely to avoid rights-based rhetoric that could be broadly applicable to other cases of secession. By understanding the variation in the rhetoric of recognition we can observe how states consider the consequences of their actions and how these set precedents that ultimately alter or erode international norms of recognition and the status quo of the international system. I use a mixed methods approach to test my theory. Utilizing an original dataset of recognition statements from major powers, from 1945 to the present, I observe variation in the decision, form, and framing of their recognition. Second, I use in depth case studies of the recognition decisions of a single recognizer over time to observe the shifts in rhetoric. 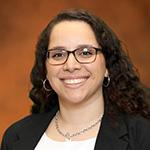 Elsy Gonzalez is a doctoral candidate in the Department of Political Science at the University of Chicago, with a focus in International Relations. Her research interests include international recognition of statehood, secessionism, great power politics, and foreign policy rhetoric. She holds a Bachelor of Arts in Political Science and International Relations from Centro de Investigación y Docencia Económicas (CIDE) in Mexico City.