“Ideologues and Redistribution: Evidence from Democracies and Dictatorships”

Governments around the globe shape their citizens’ livelihoods through their social and economic policies. Researchers agree that in established democracies leftist governments intervene more into markets and redistribute more than rightist governments. However, we know much less about how a government’s ideology affects market intervention and redistribution in young and non-democracies – even though they comprise most of the world’s countries and population. I therefore investigate how the ideology of chief executives affects redistributive economic and social policies across democracies and dictatorships, and how the institutional environment shapes the relationship between chief executives’ economic ideology and their governments’ intervention into markets and redistribution. My research thereby contributes to ongoing conversations about how politics in democracies and dictatorships differ, what explains differences in market intervention and redistribution around the globe, and how actors and their beliefs matter in politics. 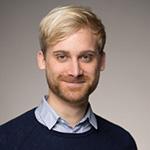 Bastian Herre is a PhD candidate in the Department of Political Science. His research focuses on the political economy of development and the comparative politics of democratic and authoritarian regimes, especially the origins and consequences of differences in political elites. In his dissertation, he investigates how the economic ideology of chief executives affects redistributive policies in democracies and dictatorships.