“Knowing the Kazakh Steppe: How Soil Scientists and Peasants Created Knowledge of the Steppe Biosphere during the Cold War”

My dissertation project explores the “expert” and “non-expert” ways of knowing the soil of the Kazakh Steppe of Western Siberia and Northern Kazakhstan during the administration of Leonid Brezhnev. After Nikita Khrushchev’s economically and ecologically disastrous Virgin Lands Campaign, in which millions of hectares of native grasslands were extensively cultivated for spring wheat, a “Soviet Dust Bowl” ensued. Scientists and planners unfamiliar with the unique arid and semi-arid soils of the Kazakh Steppe nearly destroyed this biosphere, but within a decade, the academic institutions on the Kazakh Steppe became the world’s center for grassland pedology. However, Soviet pedology was not the only way to know about the soil’s properties. Peasants also brought to their work understandings of the soil based in generations of folklore, poetry, and embodied interactions with the steppe. In my dissertation, I will hold these two ways of knowing not necessarily in contradistinction, but aim to explore how experimental, experiential, and cultural knowledge informed one another to produce land use schemes. How did different players in Moscow, Novosibirsk, Alma-Ata, and collective farms on the steppe understand the rapidly changing soil? What knowledges were produced, suppressed, subverted, or transformed? How did knowledge of the Kazakh steppe translate to other regions across the world? 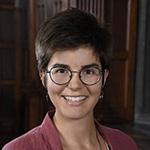 Abigail Bratcher is a Ph.D. student in history focusing on modern Russia and the Soviet Union. She holds an undergraduate degree from the University of Maryland, Baltimore County in history and Russian language, and a master’s degree in Critical Gender Studies from Central European University in Budapest, Hungary. Her dissertation research focuses on the ways in which scientific and folk knowledges interacted to create dryland agricultural schemes on the Kazakh Steppe. She is also interested in the transnational dimensions of scientific knowledge production during the Cold War in regions far away from Moscow and Washington. She is a co-coordinator of the Transnational Approaches to Modern Europe workshop.