Holding Their Feet to the Fire: Negotiated Accountability in the Shadow of the International Community

Genevieve Bates is a PhD candidate in political science at the University of Chicago. Her research interests include political violence, post-conflict politics, transitional justice, and international criminal law. She is a member of the Transitional Justice and Democratic Stability Lab, and a doctoral fellow with the Pozen Family Center for Human Rights. She has published in Perspectives on Politics. She received a BA in political science from Yale University, with a concentration in comparative politics. Before entering the PhD program, she spent several years working on international criminal matters at the US Department of Justice's Office of International Affairs. You can find out more information about her at www.genevievebates.com.

Genevieve’s dissertation examines how those who participate in conflict determine who must be held accountable for atrocities committed, and what forms that accountability should take. It also explores the extent to which an international community in favor of accountability, exemplified by the International Criminal Court (ICC), can influence the justice mechanisms parties to a conflict agree to implement themselves. Under what conditions is the ICC, and the international community in general, effective in creating incentives for human rights violators to agree to punish themselves? While much of the literature remains divided about the effects of international courts on domestic politics, Genevieve suggests that under certain conditions, international criminal tribunals can have important effects. Using insights from game theory and a combination of quantitative and qualitative analysis—including data gathered during more than six months of fieldwork in Colombia—she argues that the international community can have an indirect effect on the accountability parties to a conflict face, acting as a “shadow” in the background of negotiations. The domestic processes established under the shadow of tribunals like the ICC are reflective of international and domestic power politics that can hurt or, under some conditions, actually help those most responsible for atrocity. 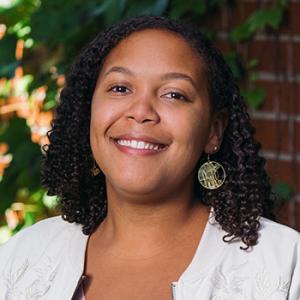