Social Networks, Wartime Consolidation, and the Regeneration of the Islamic State

The Islamic State, or ISIS, has captured an extraordinary amount of international attention. Today, despite the loss of its territorial state across Iraq and Syria, there remains much concern among policymakers over its spread to other conflict zones or re-emergence within territories previously held. But such threat assessments lack an adequate understanding of the organization’s unparalleled and abrupt rise in the first place. How did a single armed group out of many come to establish hegemonic authority over a large and diverse territorial space across Iraq and Syria, let alone in such short order?

The conventional view shared by academics and policy analysts is that rebel expansion and consolidation of territory is determined by a group’s dispositional factors – such as material resources, institutional superiority, and ideological cohesiveness and appeal – or by structural factors, such as state weakness. In this dissertation, I utilize extensive field interviews, survey data, and archival documents to examine the intersection of social networks and an overlooked subject of inquiry in the literature: wartime consolidation. In contrast to narratives about its military capabilities and resource endowments, I focus on how the group used active informants and collaborators in the consolidation process of rival elimination, coercion and co-optation, and exploitation of inter and intra-ethnic divisions in gaining a foothold within aggrieved communities. This is important for not only understanding how ISIS expanded, but also how they maintained staying power over a large population of millions across vast stretches of territory. 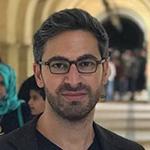 Ramzy Mardini is a Ph.D. candidate in the Department of Political Science, studying international and comparative politics. His research interests focuses on intrastate conflict and the politics of the Middle East. He is a graduate of Ohio State University and the Committee on International Relations at the University of Chicago.