Domestic Bureaucrats: A Missing Link in Expansion of International Organizations

Every international organization (IO) advances cooperation through repeatedly concluding negotiations at regular meetings. Works of these IOs are achieved by both officials from country delegates (“domestic bureaucrats”) as well as insulated staffs (“Secretariats”). Domestic bureaucrats are both principals and agents in this context; they supervise Secretariats but at the same time are subject to monitoring from a domestic principal. However, their role here is bigger than a middle-manager in conventional bureaucracy. Their domestic principal has imperfect information about the match between domestic interest and outcome of international negotiations while their agents (Secretariats) have fundamentally different preference structure. In this sense, domestic bureaucrats are the ones who can exploit both domestic interests and IO interests. Then under what condition do domestic bureaucrats approve more discretions to Secretariats? 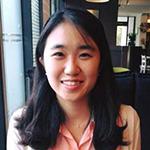 Minju Kim is a doctoral student in the field of International Relations studying international political economy and American foreign policy. She is interested in bureaucratic politics in foreign policymaking and politics of trade remedies. She holds an MIA with the highest honors from Graduate School of International Studies, Seoul National University, and a BA from Yonsei University. She is a recipient of the Korea Foundation for Advanced Studies (KFAS) doctoral study abroad scholarship. Before joining this program, she also worked at the International Legal Affairs Division of Ministry of Justice in South Korea.