Finance in the Chinese Republic: Market Integration and Credit Supply in Sichuan Province, 1912-1949

During China’s Republican period (1912-1949), regional officials, state modernizers, and private bankers built the rudiments of a modern financial system capable of mobilizing capital in support of the nation’s nascent industry. But important debates remain over the efficacy of Republican-era attempts to modernize. Some scholars see the successes of the Republican period as nothing less than the origins of China’s post-Mao economic miracle. But China’s prewar growth, albeit impressive, was overwhelmingly concentrated in Shanghai and the coast. Thus, other scholars argue that such growth had few enduring spillover effects, meaning that after 1949 Chinese development had to start afresh. To date, both of schools of thought are based on scholarship centered on central-government policy or the “core” financial center of Shanghai. This dissertation takes a new approach; it seeks to resolve the debate by examining the financial system and economic policy at the provincial level, namely, in Sichuan. With rich sourcing from deep within the interstices of the provincial political economy—including archives of the Sichuanese warlord government, the provincial state bank, and numerous private bankers—my dissertation explores the decision-making process behind capital accumulation and investment decisions in one of Republican-era China’s poorest and most isolated provinces. 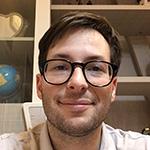 Matthew Lowenstein is a PhD Candidate in the History Department, currently on a Fulbright conducting archival research in China. His areas of research include Chinese economic history, social history, and the history of Sichuan. Prior to his doctoral studies, he covered the financial sector as an equity analyst for JCapital Research.