The Birth of African Nationalism: Political Innovation in South Africa, 1870-1912

At the end of the 19th century, a political transformation that would reshape African politics was forming on the Eastern frontier of British colonial occupation in South Africa. After 100 years of war, colonial forces had defeated the pre-colonial forms of political resistance. Yet it was here at the boundary zone of colonial expansion that a new mode of politics would emerge, redefine the next 100 years of South African politics, and shape political imagination across the continent. This was the birth of African Nationalist and Pan-Africanist politics. 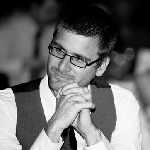 Jonathan Schoots is a PhD Candidate in the department of Sociology at the University of Chicago. He is broadly interested in political and historical sociology, focusing on historical moments of transformed political understanding and practice. His work focuses on African intellectual and political responses to colonialism and his PhD follows the emergence of Xhosa proto-nationalist political organizing between 1870-1910 in the present day Eastern Cape region of South Africa. His work combines intellectual history with social network analysis to follow the conditions which facilitated the political innovation seen in the early development of African nationalist and Pan-Africanist ideology and political organizing.