Beyond Abolition: Law, Empire, and the Political Vocabulary of Resistance in India

This project focuses on the period following the legal abolition of slavery in India by the British colonial government in 1843. It traces the process whereby “slavery” comes to be defined vis-à-vis the multiple varieties of social and labor relationships that characterized Indian society. This process is situated as part of the global, order making goals of empire examining the legal codification of categories in general, and “slavery” and “free” labor in particular. Focusing on the coastal region of Sindh gives us fresh analytical insight into how this definition emerged relationally, providing a case where multiple “slaveries” coexisted, overlapped, and were worked out. Examining this process of legal sorting by judges and colonial agents demonstrates the inclusion of some, but exclusion of a vast number of other social relationships, particularly bonded or debt labor. This part of the project lays the groundwork for the second phase of research, examining the actions and writings of Sindhi political activists, intellectuals, and slaves or bonded laborers themselves, investigating how “slavery” figures in to the political vocabulary of social movements mobilizing around issues of marginalization. 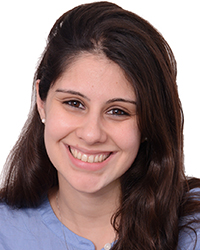 Mishal Khan is a PhD candidate in the sociology department, focusing on historical sociology, colonial law, and slavery in South Asia. Her current project on abolition and its impacts on labor relations in India, builds on a long-standing interest in contextualizing current processes of marginalization in South Asia within historical antecedents in the colonial era. With a background in human rights and international studies, Mishal has worked in social policy organizations and think tanks in Pakistan, focusing on contemporary issues of poverty alleviation and identity based social exclusion. Earlier iterations of this project have been generously funded by the Pozen Family Center for Human Rights, as well as the Committee on Southern Asian Studies.