Much of the world is rapidly urbanizing, yet contemporary urbanization is often informal urbanization, creating substantial slum neighborhoods without adequate access to government services. In its absence, non-state armed actors often become substitutes for the state, and informal economies flourish. Many scholars and public officials view informal urbanization with alarm, arguing that informal communities are conflict-prone. Yet, informal urban neighborhoods exhibit substantial variation in political violence: while some experience intense periods of political violence, others are relatively peaceful. What explains this puzzling variation?

Drawing upon fieldwork and data collection in South Africa, I analyze the causes of a particular type of political violence—violence over rents, or government resources, benefits and privileges. While most scholars stress the absence of the state in informal neighbors, I argue that government rents constitute a major part of the economies of informal communities. I argue that violence is shaped by three factors: the type and strength of informal institutions, transitions from informal to formal property rights, and as a form of signaling by communities to the state.

I test these theories through qualitative fieldwork and gathering novel micro-level data on political violence and municipal projects in South African townships. 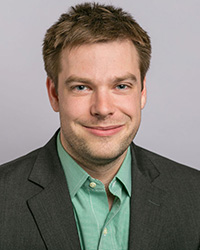 Isaac Hock is a PhD student in Political Science. His research focuses on urban violence, crime and economic development in sub-Saharan Africa. He is a graduate of Swarthmore College.