How are popular practices of Islamic devotional pilgrimage being reshaped by religious movements and political conflicts across the Middle East? In my research, I explore how a network of shrines holy to Shia Muslims have become sites of contention over understandings of faith, commercialism, and political Islam in contemporary Iran and Iraq. These shrines have long been hubs of transnational pilgrimage and trade in the Middle East, fostering cosmopolitan identities that cross national and sectarian boundaries. In the early 20th century, the imposition of British colonial authority began a process by which these shrines became increasingly disentangled from transnational networks and relocated within emergent national identities. The renewed importance of Islam in regional politics, however, has changed this. My project focuses on how the Iranian state since the 1979 Revolution has emerged as the pre-eminent patron of these shrines both at home and abroad, expanding access and revitalizing them into a modern touristic network catering to the region's growing middle classes. In my research, I explore how shrines have become central to meaning-making for devotees and have emerged as potent symbols of religious belonging - and division - across the Middle East. 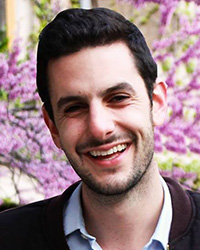 Alex Shams is a Ph.D. student of Sociocultural Anthropology whose scholarship focuses on religious culture and politics in the contemporary Middle East. He previously worked as a journalist based in Palestine.