Inside Out: Prison Gangs’ Criminal Governance as a Threat to State Authority

In 2006, a prison gang held the world’s third-largest city hostage. São Paulo’s Primeiro Comando da Capital launched simultaneous rebellions in 90 prisons and hundreds of synchronized terror attacks on the streets, bringing the city to a standstill and forcing significant concessions from officials. Paradoxically, the same gang imposed a ban on unauthorized homicides throughout the urban periphery, producing a drastic decline in violence. Though extreme, the case is not exceptional. From El Salvador to Chicago, prison gangs have learned to project power beyond prison walls, organizing street-level crime, altering patterns of violence, and using that control as a bargaining chip with states. What happens when prisons—the core of the state’s coercive apparatus—become headquarters for criminal organizations? What are the policy implications when prison gangs come to govern marginalized populations more effectively than weak or absent states ever did?

I propose a systematic assessment of the degree, variation, and impact of prison-based criminal governance on peripheral communities and the illicit markets they house. Through field visits to six Brazilian states, focus groups and interviews with residents, and training of local collaborators for ongoing research, I will produce novel observations of criminal governance across varied contexts. This will help answer critical questions: When and how did prison gangs establish control? What areas of daily life do they impinge on? How do residents feel about gang governance? What are the consequences for states that come to depend on gangs to govern not only sprawling prison systems but under-served and violent urban peripheries?

Benjamin Lessing, assistant professor of political science at the University of Chicago, studies "criminal conflict"—organized violence involving armed groups that do not seek formal state power, such as drug cartels, prison gangs, and paramilitaries.His first book, Making Peace In Drug Wars(Cambridge Studies in Comparative Politics, 2017), examines armed conflict between drug cartels and the state in Colombia, Mexico and Brazil. Currently, he is conducting field research for a second book, tentatively titled Inside Out: How Prison Gangs Organize Crime (And Threaten the State) From Behind Bars. It explores the counterproductive effects of mass-incarceration policies, which inadvertently strengthen armed criminal groups at the core of the state's coercive apparatus. He has also studied gang-state negotiations and armed electioneering by paramilitary groups.  Prior to his doctoral work at UC Berkeley, Lessing lived in Rio de Janeiro for five years, first as a Fulbright scholar, later conducting field research on arms trafficking in Latin America and the Caribbean for non-governmental organizations including Amnesty International, Oxfam, and Viva Rio, Brazil’s largest NGO. Lessing attended Kenyon College, and was born in Rochester, Michigan in 1973. 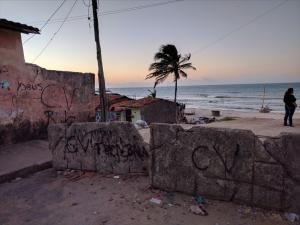