Elite Politics, Jurisdictional Conflicts, and the Legacy of Colonial State Building in Malaysia

Despite a highly centralized government, why do conflicts between religious and secular courts become politicized and even turn violent in some states more than in others? Through a comparative analysis of jurisdictional conflicts on the syariah and civil courts across four states in the Federation of Malaysia, my dissertation addresses this question. Current literature focus on ethnic demographics or party politics, leaving out the role religious elites play in jurisdictional conflicts. I argue that contemporary jurisdictional conflicts become politicized in some states more than in others because of the extent to which religious elites are incorporated into the legal system, a process historically conditioned in the colonial state. In a bid to centralize state power, the colonial state co-opted religious elites into legal administration. Consequently, this led to the growth of a religious bureaucracy which strengthened the political position of religious elites. Amidst the growing role of religion in public life, my dissertation contributes to further understand how religious elites shape the political governance of modern legal institutions. A comparative ethnographic and historical analysis reveals how variation in elite competition across states is situated within the context of regime transformation and social change. 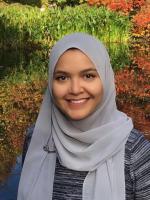 Hanisah Binte Abdullah Sani is a PhD candidate in Sociology at the University of Chicago. Her current research focuses on the politico-legal administration of religion in developmental states. Using ethnographic and historical methods, her dissertation examines the relationship between colonial state building, elite competition, and contemporary jurisdictional conflicts on the secular and religious courts in Malaysia. She has published research in Space and Culture, where she examines the religious experience of a minority community in plural society. She has also done research on the growth of new religious movements, and conflicts of religious ideologies in Southeast Asia. 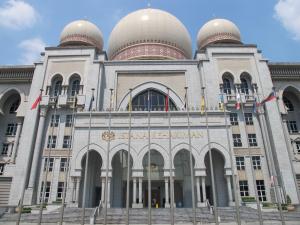