In the years after a transition from authoritarian to democratic rule, many new democracies struggle with armed conflict and violence. While much of the existing literature focuses on ethnic riots, electoral clashes, mass protests, and civil wars, considerable evidence shows that new democracies are also prone to frequent quotidian acts of violence. A democratic transition is often accompanied by an alarming rise in the vigilante killings of suspected thieves, social deviants, and an assortment of other alleged offenders. What explains the rise in vigilantism in new democracies?

My project will examine how institutional and instrumental factors interact to produce unique patterns of vigilantism in new democracies. I will argue that the capacity for vigilantism emerges from the use of informal security institutions to balance against formal ones such as the military during the authoritarian period. These informal security institutions increased citizens’ involvement in managing threats against the authoritarian regime, but with the democratic transition and its increase in political competition, citizens reoriented the informal institutions to serve their own goals.

My argument is based on an analysis of sub-national data on the incidence and impact of vigilante violence in Indonesia. Following a turbulent transition to democracy in 1998, Indonesia struggled to recover from a debilitating economic crisis and multiple communal conflicts. A decade after the democratic transition, the economy had stabilized and all major conflicts were contained, but economic and security improvements corresponded with rise in vigilante attacks. Since 2005, there have been over 33,250 vigilante violence. This entrenchment of vigilante violence in democratic politics is also an increasingly prominent feature of daily life in other post-authoritarian societies such as Guatemala, Nigeria, South Africa, and the Philippines. This project will explain a) the logic that drives authoritarian regimes to build informal security institutions that rely on citizen participation, and b) the variation in the retention of these structures and their role in violence after the democratic transition. 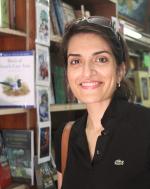