Long-Term Effects of Human Rights Violations during the Pinochet Dictatorship

The objective of this research project is to investigate the long run consequences state-led repression on various economic and political outcomes. After the coup of September 11, 1973 the Chilean military under Pinochet engaged in regular murder, repression and torture of its opponents. Chile’s ‘Truth and Reconciliation Commission’ concluded that 3,197 people had been murdered and that more than 40,000 victims were subjected to physical and psychological torture for political reasons at nearly 1,200 sites spread throughout the country. Another 150,000 people had their work contracts terminated as a result of their political affiliations. This project employs rich sub-national data to establish if there is evidence of any long-lasting economic and political effects of the systematic violation of human rights during the military dictatorship.

We will examine whether politically motivated repression affects political outcomes such as competitiveness of elections or people’s willingness to participate in political or social movements years after it has taken place. The answers to these questions have important implications regarding the quality and legitimacy of democracy: Is it the case that left-wing parties do relatively worse today in localities that experienced more repression 40 years ago? Do people remain afraid to join a political party or to belong to a union?

We also seek to establish the relationship between state-led human rights violations and economic outcomes. The largest increase in inequality recorded in the post-WWII period was experienced by Chile under Pinochet’s regime and we want to test the hypothesis that repression by the military directly contributed to this increase. The main mechanism we want to explore is to look at how violence targeted at political actors promoting greater redistribution, such as union members or left-wing politicians, could have had potentially large effects on inequality. For instance, exposure to violence may have modified the behavior of these actors or their leverage in wage-setting negotiations. As mentioned above, thousands of people were dismissed from their employment or detained for long periods of time for their political affiliations and this may have also played a role.

Maria Angélica Bautista will join Harris, where she is currently a post-doctoral scholar, as assistant professor in the fall of 2017. She received her PhD in political science from Brown University. Her research focuses on the political, economic and social consequences of state-led repression. Her PhD dissertation studies the case of military dictatorship in Chile based on a unique dataset she collected and explores the extent to which repression affected individual political preferences, behavior and economic outcomes. She also studies the heterogeneous effects and the intergenerational consequences of repression. In a parallel research project together with James Robinson and Juan Galán (Harvard University) she is studying the experience of the Colombian paramilitary groups that demobilized in 2006. They goal is to have a better understanding of how paramilitary groups used violence to different extents and explore at a micro level how violence is used to build institutions. 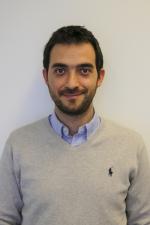 Luis Martinez is an assistant professor at Harris. He received a PhD in economics from the London School of Economics. His main research interest is in the political economy of development. His current research uses sub-national data from Colombia to look for systematic differences in the effects of tax revenue and natural resource rents on governance and accountability. In a recently published paper in the Journal of Development Economics he documented the intensification of civil conflict that resulted from increased access by Colombian insurgent groups to Venezuelan territory during the administration of Hugo Chávez. He is now also studying the effects of trade liberalization on political violence.