Land Reform and Civil Conflict: Theory and Evidence from Peru

This project seeks to examine the long-term implications of land reform for a range of key development outcomes such as the provision of public education, political integration of historically excluded indigenous groups, and civil conflict.

The main case I will study is Peru. Half of all of the private agricultural land in the entire country of Peru was expropriated and redistributed under military rule from 1969-80, mostly to peasants who previously worked on large, semi-feudal estates. This reorganization of the countryside is hypothesized to be at the heart of a host of consequential subsequent developments in Peru: the rise of rural public schooling, the greater political power of indigenous groups, and even the brutal Shining Path insurgency that ultimately killed roughly 70,000 people between 1980 and 2000. My project will investigate these relationships by geographically linking earlier land reform in Peru with these diverse development outcomes to determine how the scope and character of land reform impacted them.

Michael Albertus is an assistant professor of political science at the University of Chicago. His research interests include political regimes and redistribution, regime transitions and stability, politics under dictatorship, clientelism, and civil conflict. 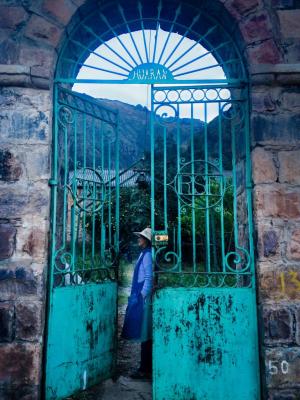