War and conflict plague societies throughout the world. In part these wars are fueled by biases around how we view ourselves versus those on the other side of the conflict. When in conflict, we typically think of our own motives as righteous and self-preserving while viewing the motives of our enemies as driven by innate, negative traits that lead them to immoral action. While this mentality can help win a conflict, it is hugely detrimental when groups attempt to negotiate peace. Therefore, the purpose of this research is to explore factors that could reduce negative biases against out-group members during conflict.

Specifically, we will explore the role that using a second language could play in making negotiations towards peace. Prior research has shown that using a foreign language reduces emotional responses to information and decreases reliance on cognitive biases and societal norms. As such, using a foreign language may dampen automatic, negative reactions to outgroup members and allow for both sides to better assess the merits of a peace agreement without being blinded to their own biases. We will investigate this issue in the context of the Israeli / Palestinian conflict. This research would both extend out theoretical understanding of how using a non-native language impacts our biases and decisions, as well as perhaps offer a concrete intervention to better facilitate negotiations during conflict. 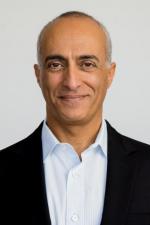