CISSR is proud to welcome the newest members of its scholarly community. Faculty from across the range of social sciences, including anthropology, political science, and sociology, were among the recipients of this year’s competitive faculty fellowship awards.

The 2019-2020 round of funding will facilitate exciting new research from across the globe – in over a dozen countries – covering a wide range of topics, such as the importance of migrant security workers in the Persian Gulf, the media and public perception of inequality in authoritarian China, and the effects of genocide commemoration policies in Rwanda. 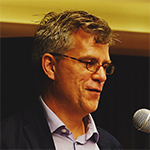 Native-born Frenchman Gabriel Debien is widely considered the founder of the social history of the French Antilles for his work establishing the department of history in the mid-twentieth century at the University of Dakar in Senegal, which paved the way for the present-day renaissance in the study of slavery, slave uprising, and abolitionist movements in France’s first colonial empire. Paul Cheney, a French historian, will travel to Dakar to reconstruct Debian’s career in hopes of illuminating the contexts out of which the research and writing of modern colonial history arose, with a focus on the politics of decolonization in France and in Africa. 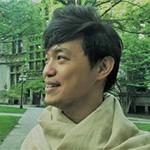 Darryl Li (Anthropology)
We, Mercenaries: Migrants and Militaries across the Indian Ocean

The oil-rich states that are members of the Gulf Cooperation Council - Saudi Arabia, Kuwait, Qatar, Bahrain, Oman, and the United Arab Emirates - have long relied on migrant workers from the east and south to work as construction laborers, domestic caretakers, service workers, and all other manner of professionals. Darryl Li is exploring the importance of the less well-known transregional migrants who comprise much of the security architecture of the region, as well as the economic, political, and moral questions that arise when foreign military workers may rival that of resident citizen-soldiers.

Natacha Nsabim​ana (Anthropology)
The Day after Tomorrow: Waiting for the Future in Contemporary Rwanda

Based on research in Rwanda, Natacha Nsabimana’s book, The Day after Tomorrow: Waiting for the Future in Contemporary Rwanda argues that the operating temporal logic at the core of the state sanctioned models of forgiveness and reconciliation is a view of the past as apocalyptic in the future. This political conception of the past is reflected in the transitional justice models now operating in many post-war spaces. In these models, the state attempts to control both ends of the equation: it demands collective catharsis on the grounds that without it the country cannot overcome its past, but it simultaneously fixes in advance the outcome of catharsis: forgiveness and reconciliation. Her book examines this entanglement of private affects with large political processes inherited from a global language of remembrance as prevention and asks how individuals negotiate this intimacy with state practices. 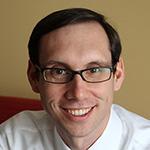 Given India’s position as the world’s largest democracy and as a rising power in international politics, careful research on whether and how democratic politics influence its foreign security policy is surprisingly scarce. Paul Staniland’s new book project on Domestic Politics and Indian Foreign Security Policy explores how Indian voters think about foreign policy, when politicians and parties appeal to these issues in campaigning, and what effects these domestic political dynamics have on actual policy making. 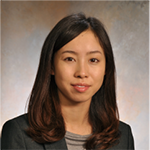 Although income inequality is similarly high in both the United States and China, most Chinese are misinformed about rising inequality due to the government’s control over news media through political censorship. Xi Song will offer the first large-scale, longitudinal study of hundreds of millions of articles and posts published by traditional Chinese newspapers and a host of other digital and social media outlets to examine how inequality is perceived, publicized, and interpreted in an authoritarian society wherein the media is not independent and issues are typically framed in the interests of political power. 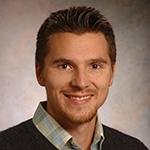 Building on his previous work in Peru, Michael Albertus plans to extend his land reform research to Italy, Portugal, and Spain. The project will examine the long-term implications of land reform on a range of development outcomes, such as educational attainment, rural-urban transformation, voting behavior, and civil conflict. 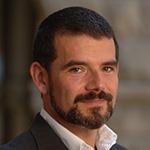 Benjamin Lessing (Political Science)
Inside Out: Prison Gangs as a Threat to State Authority

Benjamin Lessing’s ongoing book project on prison gangs explores the paradox of mass-incarceration societies: Prison, the state’s main tool for punishing crime, has become a headquarters for organizing crime. Having observed the spread of sophisticated prison gangs in every state in Brazil, Lessing plans to dig deeply into 4-6 states that are in the process of local prison gang takeover and analyze real-time changes in street-level crime, violence, and governance. 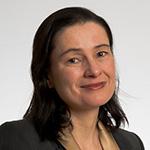 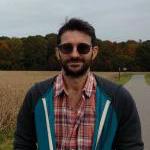 François Richard (Anthropology)
Politics of the Past & Material Expressions of Frenchness in the Municipio of San Rafael, Veracruz, Mexico

What does it mean to be French? As many ponder this question in contemporary France, Francois Richard is embarking on an ambitious study of the objects, architectures, and landscapes created by communities of French farmers that settled in the coastal Mexican state of Veracruz during the 1900s, uncovering valuable lessons about French identity, nation, and multiculturalism in the process.