Mediations of War: Formations of Statehood and Criminality in Mexico’s “War on Drug Trafficking”

My research dissertation explores how Mexico’s “war on drug trafficking” is ideologically constituted through the production and circulation of mass mediated objects. I analyze the public figurations of such events and their protagonists as a conduit for understanding how episodes of mass violence, both past and present, become culturally, affectively, and morally intelligible.  My work centers on the war’s media ecology as a site of struggle for dominant representations, truthful and compelling accounts, and the underlying logics of secrecy and publicity, which help shape and reflect widespread affective and moral stances towards the state and criminality. I do so by exploring how a range of actors (state agents, mass protesters, and the media industry, among others), aim to harness and mobilize the affective potency of their mass mediated representations. I theorize how these patterns of mediation of violence illuminate longstanding fractures underlying the national community—forms of state violence, class antagonisms, and heightened forms of gender oppression—which delineate the terms in which such violence is assessed. 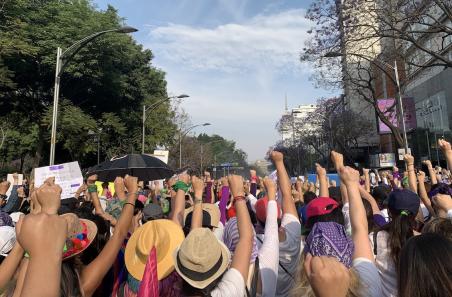 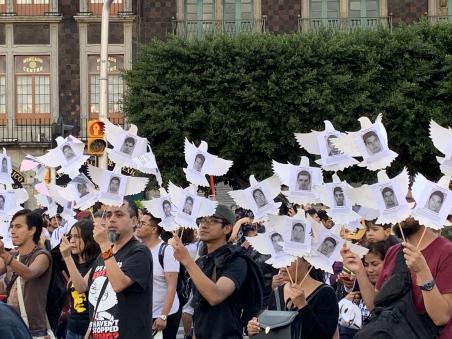 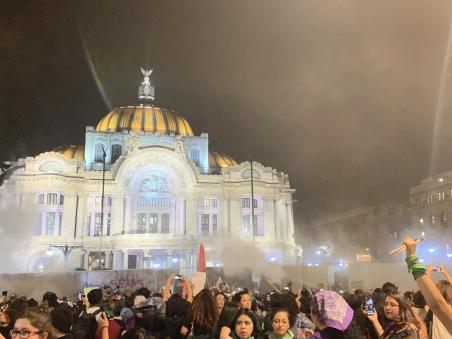 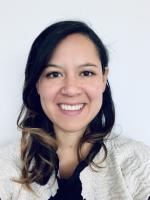 Agnes Mondragón-Celis is a PhD candidate in the Department of Anthropology. Her research engages with the mass mediation and collective sense-making around contemporary forms of warfare. She has done ethnographic research in her hometown, Mexico City, since 2010.