The Transnational Origins of Interregnum Statecraft, 1642-1660

The English Interregnum has long been considered a pivotal moment in the history of the English state and the British Empire. The years between the outbreak of civil war in 1642 and Restoration in 1660 witnessed a statecraft revolution in England, with the emergence of novel fiscal institutions and a foreign policy that transformed the English state’s international presence. This episode has rarely been studied in a comparative or transnational context, leaving crucial aspects of the story of the modern English state relatively obscure. My project, based on work with manuscript sources in British archives, will expand our understanding of the origins of Interregnum statecraft, putting a story long told as internal to England into its rightful transnational, European perspective. Studying the relationship between European fiscal, military, and statecraft ideas and the policies of the English Interregnum, my research will situate the Interregnum statecraft revolution in a context of early-modern European state formation, in which ideas about political economy, foreign policy, and fiscality circulated among European states. This project will constitute the first phase of a broader research agenda on the seventeenth-century transformation of the English state, itself one half of a prospective dissertation project comparing early-modern Chinese and English state building. 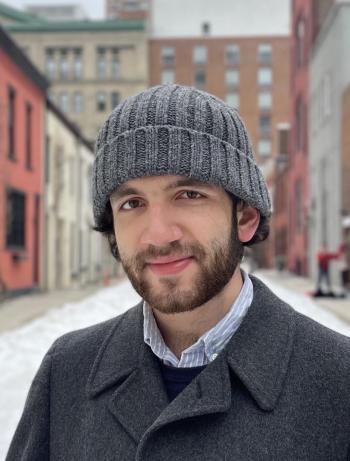 Gabriel Groz is a first-year PhD student in History. He studies the history of the state in early-modern China and England, and is also interested in comparative empires, the history of political thought, legal history, and the history of capitalism. Prior to beginning doctoral study at Chicago, Gabriel spent a year at National Taiwan University on a research fellowship. He is a 2019 graduate of Yale College and is originally from Stamford, Connecticut.