DIY and Dissidence: how online media have changed political mobilization in Germany, East and West

Like other parts of the Western world, Germany witnesses increasing protests and polarization over political issues. In 2020, protests against Covid-19 containment measures started as smaller, local demonstrations, but peaked in two major demonstrations in Berlin, rallying up to 38 000 protestors. Observers were puzzled about the composition of these protests—that attracted leftist peace activists, anti-vaxxers and far-right movements—but also about their intensity. In this regard, the recent anti-containment protests were often compared to the massive and ubiquitous demonstrations during and after the so-called “refugee crisis” in 2015/6. This project investigates the hypothesis that these recent protests are an expression of a new form of political mobilization driven by online mediation. Through media analysis, in-depth interviews, and ethnographic observation, I explore the processes through which some people become engaged in these counter-ecologies: how they develop their own informational practices and lay media theories; how they pick up political discourses and validate them against the background of their (offline) lifeworlds; and how they enact them in attending street protests, becoming online commentators themselves and organize their own demonstrations. 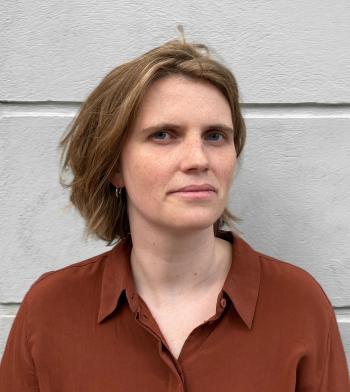 Anna Lea Berg is a PhD student in the Sociology Department of the University of Chicago who is broadly interested in critical secular studies, affect theory and the sociology of emotions, as well as cultural and political sociology. Berg’s dissertation project involves ethnographic fieldwork exploring the emergence of new political subjectivities at the intersection of online and offline lifeworlds. Her fieldwork compares the two contexts of the former East and the former West of Germany.