How does state formation impact society, popular contention and social claims on the state? How do such claims feed back onto the process of state formation? We intend to study these issues using a unique dataset of all popular protests and collective actions in Colombia since 1975 collected by the NGO Centro de Investigacion y Educacion Popular (CINEP). We are particularly interested in comparing the relative impact of the physical expansion of the state and the constitutional introduction of various "rights" in 1991. We hypothesize that both the expansion of the state and the introduction of new rights changed the nature of popular contention, making it less parochial, more coordinated across space, and more focused on national claims and institutions. We also expect that the change in popular contention contributed to the enforcement of the rights introduced with the 1991 Constitution, making the rights more than just words on paper. We also hypothesize that this transformation influenced national policymaking by focusing it more on the provision of public goods that appealed to a broader new constituency than on clientelistic exchange. Thus, the political crisis that induced the 1991 constitutional reforms in the first place precipitated a cumulative process of state formation and social transformation. 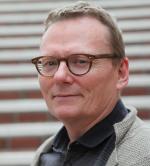 James Robinson is Dr. Richard L. Pearson Professor of Global Conflict Studies and one of only 8 University Professors at the University of Chicago. He is also the inaugural director of the Pearson Institute for the Study and Resolution of Global Conflicts at the Harris School of Public Policy. He studied economics at the London School of Economics, the University of Warwick and Yale University and before coming to Chicago taught in the Departments of Government, Economics, History and Human and Evolutionary Biology at Harvard. His main research interests are in comparative economic and political development with a particular interest in Latin America and Sub-Saharan Africa. He is co-author with Daron Acemoglu of the books Economic Origins of Dictatorship and Democracy and Why Nations Fail, which has been translated into 35 languages including Arabic, Dari, Farsi and Mongolian. Their next book, The Narrow Path to Liberty, will be published by Penguin in 2018. He is currently conducting research in Bolivia, the Democratic Republic of the Congo, Sierra Leone, Haiti and in Colombia where he has taught for over 20 years during the summer at the University of the Andes in Bogotá.