Economic, Social, and Environmental Drivers of Rural to Urban Migration in the Lower Mekong River Basin of Cambodia

Over the past thirty years, Cambodia has experienced accelerated economic growth and demographic recovery following the collapse of the genocidal Khmer Rouge regime that evacuated cities and caused the death of nearly 1.7 million people. This extended period of recovery generated increased employment opportunities and a significant decrease in poverty, but also contributed to major physical changes in the Mekong River's hydrological regime and geomorphic processes. In addition, the rapid construction of multiple dams and other large-scale changes in land use along the entirety of the Mekong have affected river hydrology, sedimentation rates, nutrient fluxes and associated components of agricultural and fishery productivity.

Economic growth, demographic recovery, and climate change are accelerating urbanization and rural-to-urban migration in Cambodia. Based on prior knowledge, literature, and new observations from focus group and key informant interviews conducted in December of 2017 with the support of our current CISSR grant, we will expand data collection and analysis to quantify and model the interpenetrating economic, social, and environmental drivers of migration from villages to urban centers in the Mekong River region of Cambodia, particularly among women who constitute a significant proportion of rural-to-urban migrants and have left traditional roles of agricultural household management and child rearing. This research is part of a larger cross-disciplinary effort that measures hydrologically-based ecosystem services in the Mekong River floodplains to assess the viability of rural livelihoods under distinct scenarios of climate change, economic development, migration, and other cultural factors, such as gender roles, social norms and values that affect human response to biosocial change.

Alan L. Kolata received his Ph.D. in Anthropology from Harvard University and currently holds the Bernard E. and Ellen C. Sunny Distinguished Service Professorship at the University of Chicago. He pursues interdisciplinary research projects studying the long-term interactions of humans with their physical environment, including the effects of climate change on human communities. He has conducted research in Bolivia, Peru, Thailand and, most recently, Cambodia where he and his collaborators focus on the environmental and social impacts of large-scale hydroelectric development of the Mekong River Basin. 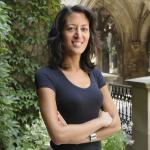 Sabina Shaikh is the Director of the Program on Global Environment and Environment, Agriculture and Food (EAF) working group at the University of Chicago, and a Senior Lecturer in the Social Science Collegiate Division and Harris School for Public Policy. Sabina’s research focuses on the economic valuation of environmental resources and the development of market and behavioral-based programs for natural resource management. Her current research projects include the effect of Mekong River water sustainability on livelihoods in Cambodia, and the association of diabetes in the U.S. with exposure to environmental contaminants. Dr. Shaikh holds a B.A. in Economics from the University of Wisconsin and a Ph.D. in Agricultural and Resource Economics from the University of California at Davis.