In contemporary society, population growth combined with global warming concerns has made the adoption of innovative, sustainable products a crucial global issue, leading groups such as the World Health Organization to list health and sustainable development as a key issue to tackle in upcoming years. However, while sustainability can be beneficial both for the environment and society at large, many people find some of the most promising sustainable products such as recycled wastewater and insect-based food disgusting. This hinders the adoption of these products that could otherwise have a beneficial impact on reducing global water shortages as well as our ecological footprint. Therefore, we will use our CISSR grant is to explore ways to nudge individuals into consuming sustainable but aversive products, specifically by examining the impact of presenting these products in a native versus non-native language. Prior research suggests that using a non-native language influences judgments and decisions by attenuating emotions; as such, it may also reduce the feelings of disgust aversive products elicit and thereby increase their consumption. To examine this hypothesis, we will describe to participants from China, Italy, and Israel sustainable but aversive products in their native or a foreign language, and then offer them the opportunity to consume the products. We will also collect ratings of disgust as well as physiological indicators of visceral reactions. We expect that bilinguals using a foreign language to experience less disgust and consequently to consume more of these products. Positive findings could be used to build concrete interventions to increase sustainable practices worldwide. 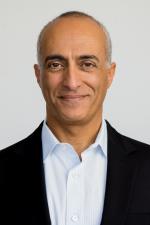