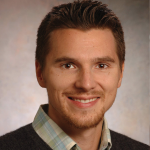 Michael Albertus (Political Science)
Land Reform and Civil Conflict: Theory and Evidence from Peru
Many developing countries pursue land reform to address gross inequalities in rural communities, but what are the real effects of these reforms? Faculty Fellow Michael Albertus will examine how land reforms in Peru from 1969 to 1980 influenced rural public education, the political power of indigenous communities, and a guerrilla insurgency. Using detailed information on over 20,000 land expropriations, he hopes to show that land reform in Peru was geographically and socially uneven, leaving some areas underdeveloped and prone to high levels of violence. 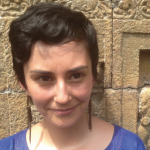 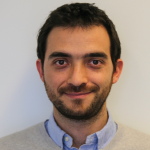 Maria Bautista (Harris)
Luis Martinez (Harris)
Long-Term Effects of Human Rights Violations during the Pinochet Dictatorship
The 1973 coup in Chile brought with it an extraordinary amount of repression as the military regime routinely murdered and imprisoned its opponents. What are the political and economic legacies of that repression? Faculty Fellows Luis Martinez and Maria Bautista will explore this question by collecting biographical information on victims, information on detention centers, and lists of employees dismissed from their jobs for political reasons. Martinez and Bautista’s analysis will tell us if the repression of that era continues to influence political preferences, political participation, and economic inequality. 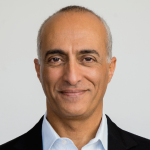 Boaz Keysar (Psychology)
Negotiation to Resolve Conflict: Using a Second Language to Overcome Psychological Barriers
Faculty Fellow and Professor of Psychology Boaz Keysar will determine if the use of a foreign language in negotiations can break down barriers to help achieve peace in some of the globe’s most intractable conflicts. Previous research shows that the use of foreign language can reduce emotional responses to information. Keysar's survey experiment will present peace proposals to Palestinians and Israelis in English to assess whether or not a foreign language can mitigate the participants’ biases. 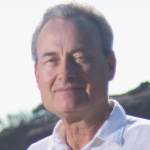 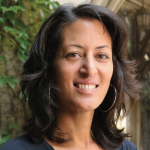 Alan Kolata (Anthropology)
Sabina Shaikh (Social Sciences Collegiate Division / Harris)
Human Response to Environmental Change in the Lower Mekong River Basin
Faculty Fellows Alan Kolata and Sabina Shaikh will model human responses to ecological changes in the Mekong River Basin. Millions of people in Southeast Asia depend on the Mekong River’s fluctuating water regime, but the construction of power facilities, climate change, and new forms of land use have made the Mekong Basin a hotbed of rapid environmental transformation. Kolata and Shaikh, along with a team of geographers and engineers, will travel to Cambodia and use a range of methods to collect data on how social norms and cultural practices shape human responses to environmental change. 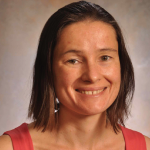 Monika Nalepa (Political Science)
Revisiting Electoral Personalism: What Does the Personal Vote Imply for Parties and Public Policy?
Electoral systems based on Proportional Representation are diverse and used throughout the world, from Belgium and Sweden to Brazil and Indonesia. Faculty Fellow Monika Nalepa and a team of international political scientists will reconsider the conventional wisdom concerning electoral behavior and public policy in different proportional representation systems. By analyzing outcomes such as party strength, public spending, and levels of corruption, Nalepa hopes to show that differences among proportional representation systems have been overdrawn, and that the dysfunctions thought to be characteristic of one system are also present in others. 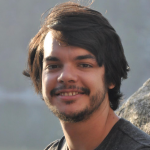 Victor Gay (Economics)
The Legacy of the Missing Men: World War I, Female Labor, and Social Change in France
What were the effects of the shockingly high World War I death rates on the role of women in European society? Doctoral Fellow Victor Gay will answer this question using a new database that contains the names, places of birth, and dates of birth of all 1.3 million French soldiers who died during the war. Gay will examine how the high military death rate induced many women in France to join the labor force and altered the social norms regarding gender roles for generations to come. 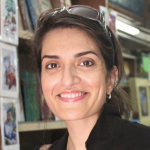 Sana Jaffrey (Political Science)
The Authoritarian Origins of Vigilante Violence and Quotidian Order in Democratic Indonesia
A transition from authoritarian to democratic rule increases political representation, but it also brings with it a number of new challenges. One well-documented challenge that new democracies face is an increase in vigilante violence. Doctoral fellow Sana Jaffrey will explore vigilantism across Indonesia since the fall of Suharto in 1998. Jaffrey hypothesizes that levels of vigilante violence will increase when local elites have access to leftover authoritarian structures, like paramilitaries, that can be used to minimize electoral competition. Jaffrey’s argument will be based on quantitative analyses of statistics from the Indonesian government and qualitative studies of villages. 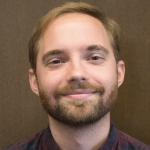 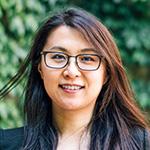 Wen Xie (Sociology)
The Making of the Chinese Rustbelt: Work, Welfare, and Industrial Transformation in Northeast China, 1949-2015
Government policies have had a large effect on the economy in China, but how have these policies affected the daily lives and decisions of Chinese citizens? Doctoral Fellow Wen Xie will study how multiple generations in Manchuria have responded to pronounced shifts in economic policy under Communist Party rule. Xie will provide support for her multi-layered account of social change with archival material, memoirs, and life history interviews.